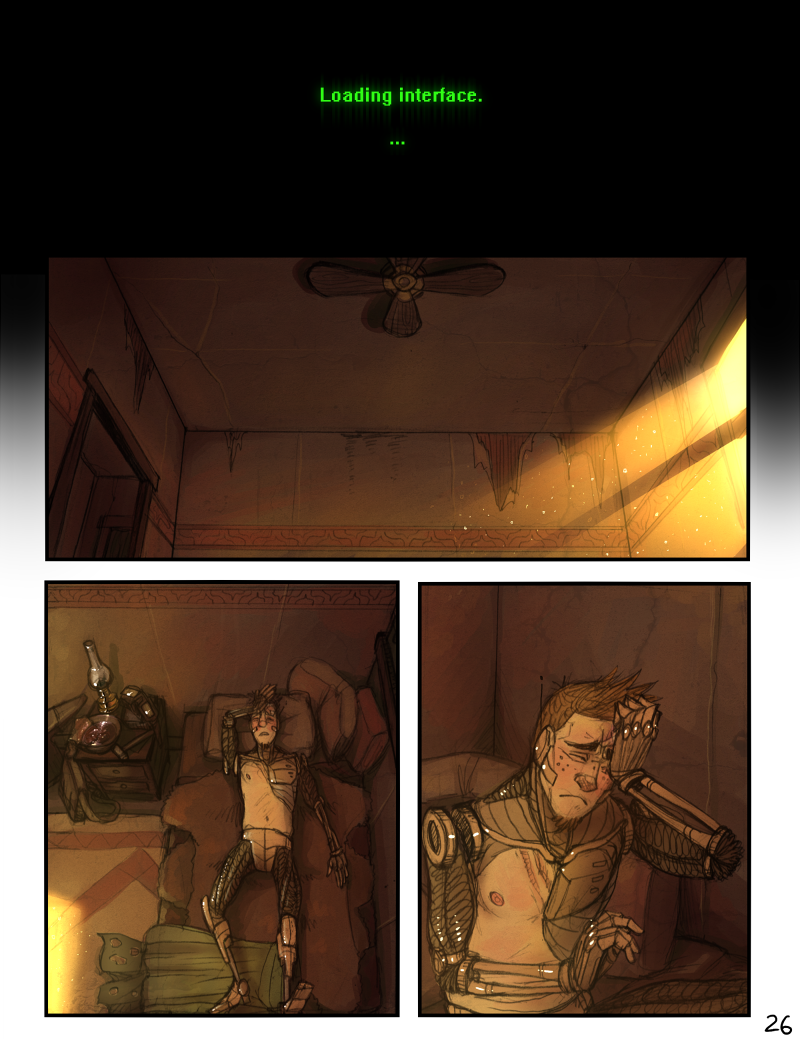 Hey, guys. I read up a bunch of stuff on concussions, and learned that this is super unrealistic.

I've decided that he's just got a thick (and magical) robot skull that can somehow take it (as opposed to his brain swelling and death).

Let's pretend, for today, that this comic's genre is not 'sci-fi', but 'fantasy'.