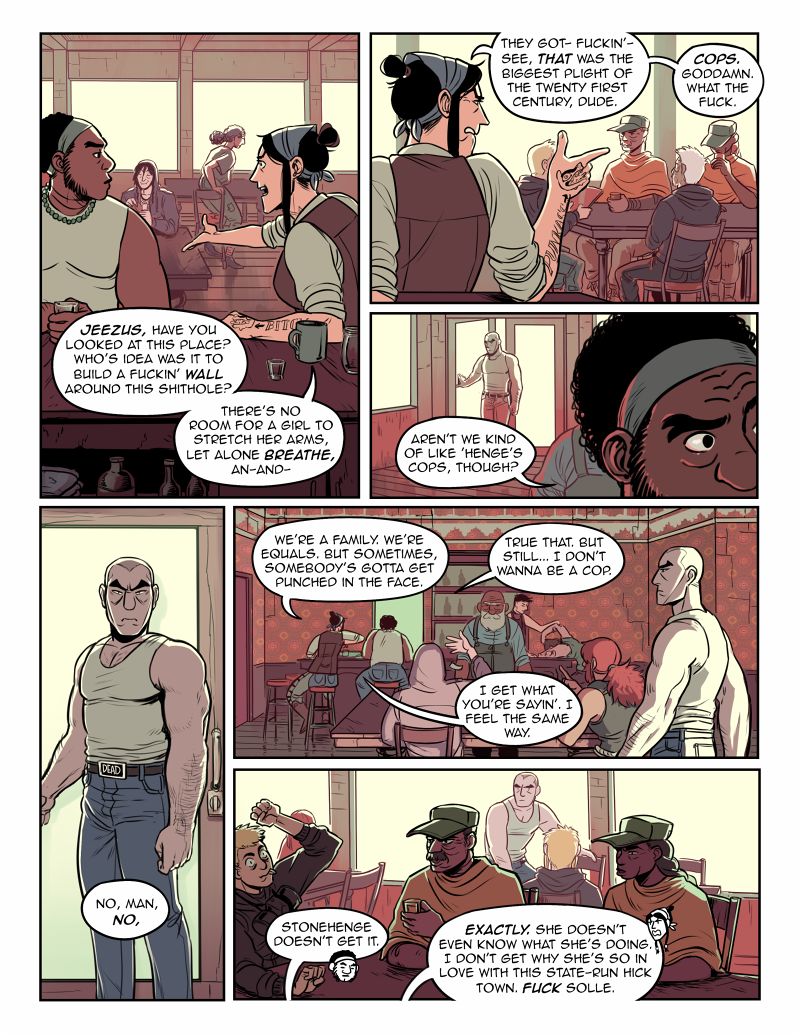 EDIT 18/07/06: Colors added!My apologies for the unfinished page. I would much rather post it like this than keep you waiting. Check back later today for the colors. :-)In other news, I have a secret to tell you at last...I'm happy to announce that Bicycle Boy has been picked up by the online publisher HIVEWORKS. We will be moving the entire site over there sometime soon. This is separate from the deal I talked about previously, which concerned a separate entity that didn't work out. It's all sorted now, and I am sorry if I caused any confusion for you. And though this site will be taken down when the move officially happens, I will keep this URL up to redirect everyone to the new site. I promise to keep you updated as we go through this change. I will make a more formal announcement when I have someplace to link you to! In other news, the poll results are in, and the winners are as follows:The most hated character is Darla (31%), followed by Morris (26%) and Slutman (14%).The most beloved characters are Machk (36%) and Poet (34%), with Stonehenge (8%) trailing behind.*These poll results will be used to fuel the next Beat 'Em Up pinup. As much as I love polls, I don't want to force a third poll on you guys all in the same month.*Percentages concern percentage of the vote.Thank you for everything,- Jack